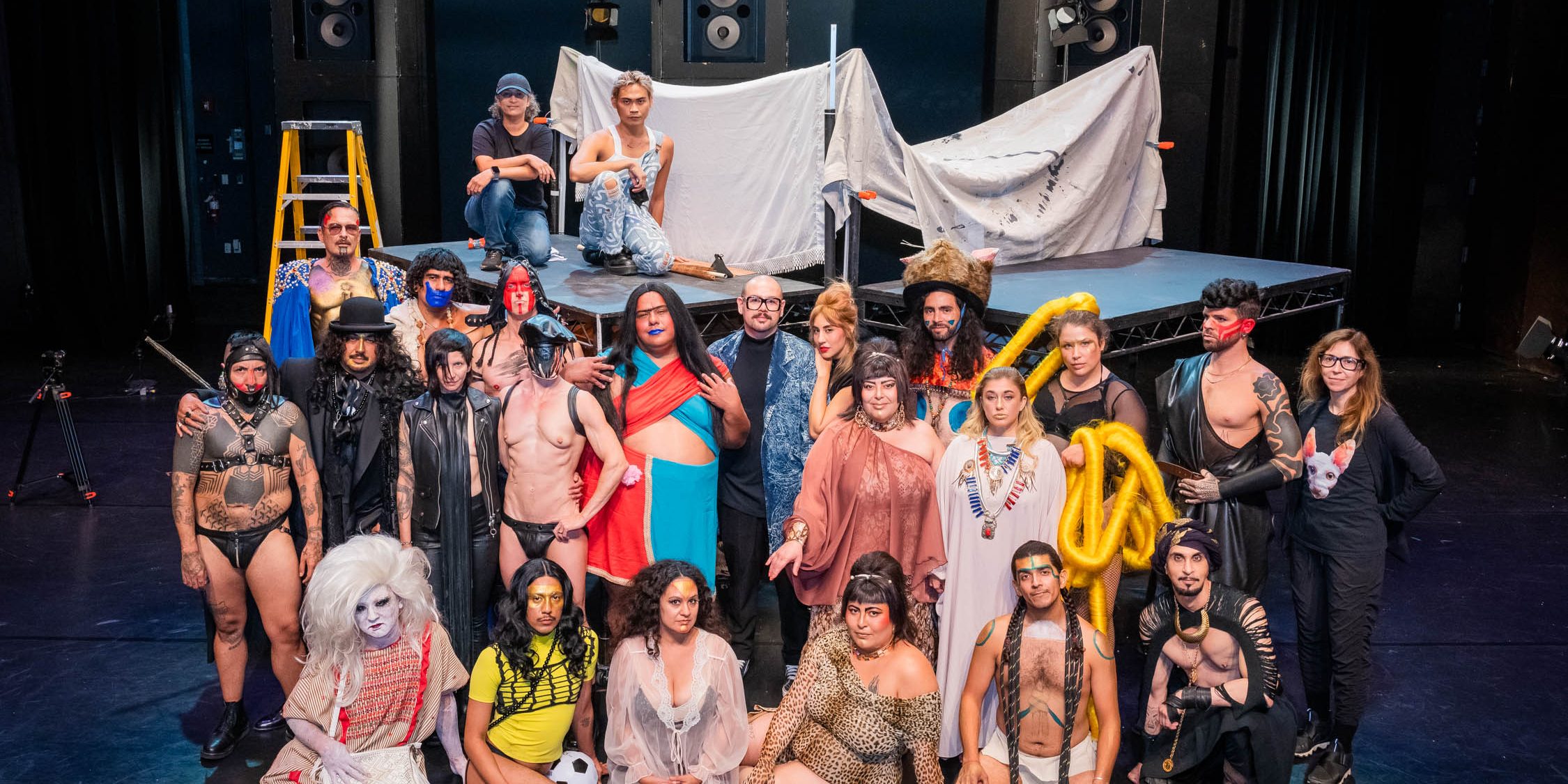 The Wooden People layers ancient myths on the familiar melodrama of the telenovela, while grappling with ideas of queer existence, love, and a connection to the cosmos. The work expands on a central theme of a pre-Columbian origin story, which tells of pre-humans—“the wooden people”—who were eventually destroyed. The Wooden People is an episodic cinematic 360º series that was filmed at REDCAT in Los Angeles, where the theater took on a metaphorical role in the central narrative. TWP live event presented live scenes along with projected episodic content. The work has yet to be premiered in a VR viewing context.